Find the Best Deals in Belgrade

What are you looking for?

Tell us what you're looking for...
Want to Run Your Own
My Guide Website?
Find Out More

The Belgrade Beer Festival is the largest and most massive beer festival, both in Serbia and throughout south-east Europe. The festival has been held since 2003 at Ušće, and it has been organized by the Belgrade Cultural Network.
It is organized every year at the end of August and lasts for five days. The entrance to the festival is free for all visitors.
About 45 different beer international and Serbian brands can be tasted at the festival. The music program is very versatile and represents a blend of rock, punk, hip pop and electronic music played by DJs from all over the world. Special attention is paid to young anonymous bands.

Beer Fest is a trademark of Belgrade and certainly one of the most important brands of Serbia. 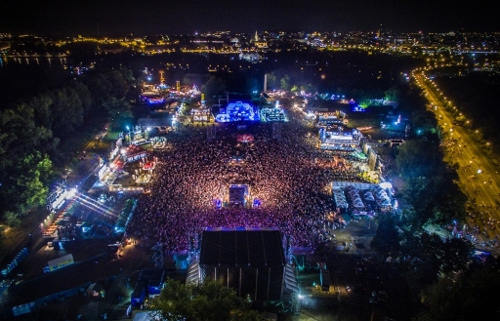 The Belgrade Summer Festival combines three art areas: theater (theater and artistic dance), visual arts (video, art, installations, performances and prints) and music. It is held at Kalemegdan, Ada Ciganlija, Belgrade streets and squares, theaters and other halls in the city during June and July.

BEMUS
Belgrade Music Festival (BEMUS), founded in 1969, is an international festival of classical music that is held every year in the first half of October in Belgrade.
Although special attention has always been paid to the promotion of local artists and their creations, BEMUS owes its reputation first of all to presenting the most attractive foreign programs. Belgrade has hosted some of the most famous ensembles and soloists such as: Göteborg Symphony Orchestra, Munich Philharmonic Orchestra, RAI Orchestra of Torino, New York Philharmonic Orchestra, etc. as well as Gidon Kremer and Kremerata Baltika, Zubin Mehta, Nelson Freire, Melvin Tan, Jean-Yves Tibode and many others.
In addition to world renowned artists, BEMUS opens its doors to concert halls and to young performers who are at the beginning of their career. 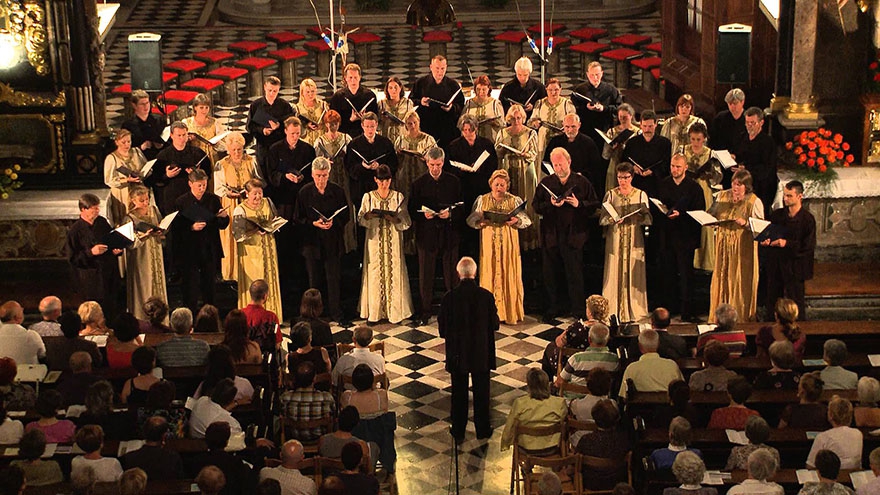 (Belgrade International Theater Festival) is one of the theater festivals that are organized in Belgrade every year. It was founded in 1967 and has been continuously maintained since then, following and supporting the latest theater trends. The history of BITEF can be called the history of modern theater. It is held every September in several Belgrade theaters, and lasts for about 15 days. 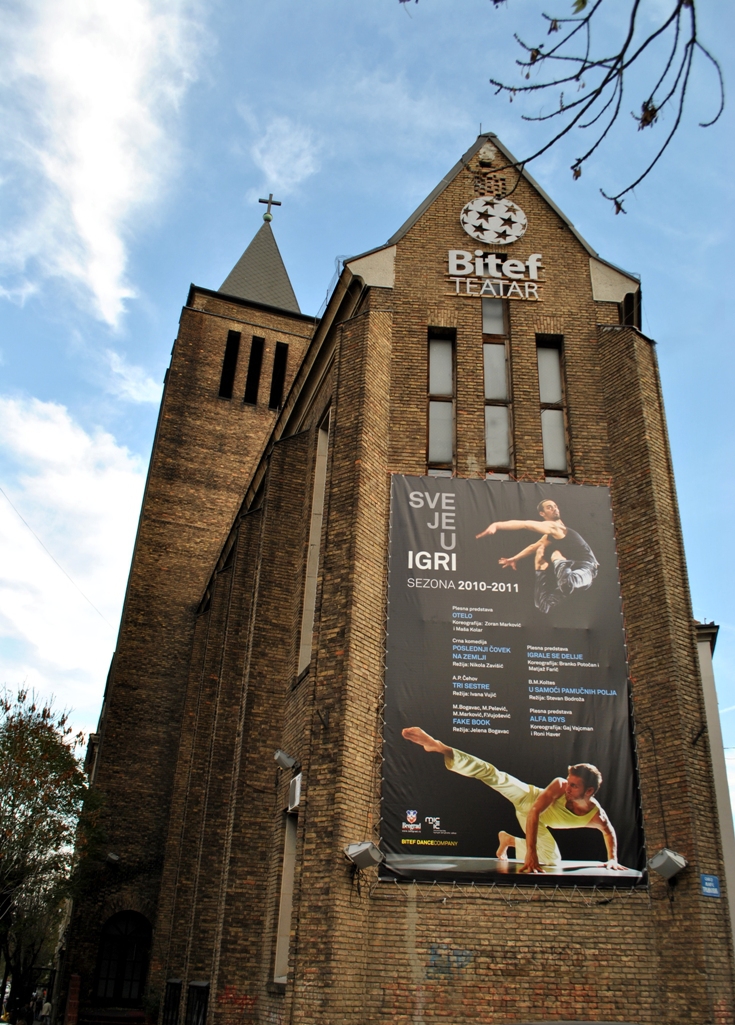 Fest is an international film festival that is held every year in Belgrade. The first FEST was held in 1971 in the Trade Union Hall, under the slogan "Brave New World", in the House of Trade Unions. The festival opened with the film "Mesh" by Robert Altman.
Although the first FEST was held more than 40 years ago, every year with the same energy continues its big cultural and educational task extending the film horizons to all fans of film art.
So far - FEST has had about four million viewers and nearly 4,000 significant world films - which had a Yugoslav / Serbian and often a regional premier on it. 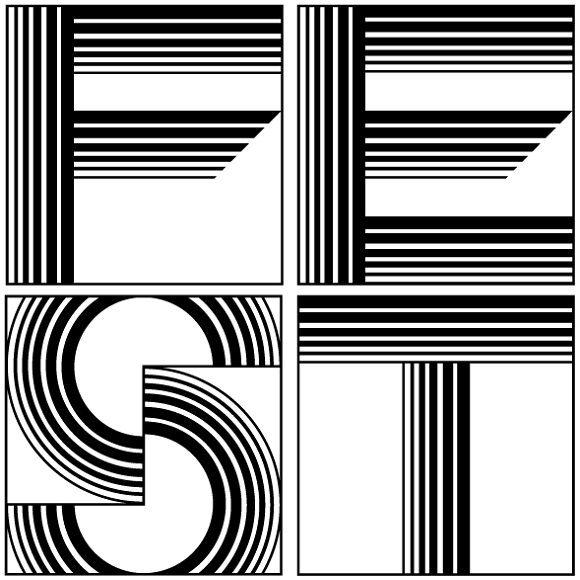 Guitar Art Festival, after almost two decades of existence, enjoys the status of one of the five largest and most prominent international classical guitar festivals in the world.
Guitar Art Festival has become the leading center for world premiere, concerts, as well as exchange of knowledge, practice and experience among guitarists from all over the world. A special concept of the presentation of guitar music, values ​​and contemporary tendencies was created. Belgrade is everywhere a world center of guitar and music events.
One of the main missions of the Guitar Art Festival is the support, promotion and promotion of the biggest young talents.
The festival has overcome the boundaries of classical guitar and exclusively professional audiences. Each year the audience is carefully created, a program that represents the most artistic expressions of classical, flamenco, fado, jazz music. More than 135,000 visitors have visited the festival concerts so far. More than 350 concerts with musicians from fifty countries have been organized. 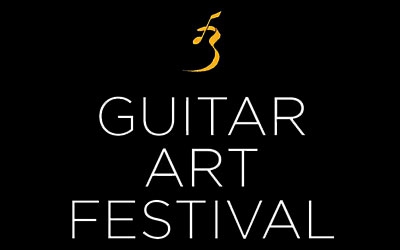 "The Joy of Europe" is the largest and oldest international manifestation of children's creativity. In early October, children from many countries of Europe are coming to Belgrade - they play, sing, act, and, above all, hang out and have a good time
Concerts are mainly held at the Children's Cultural Center in Belgrade, and the concert is held at Sava Centar. 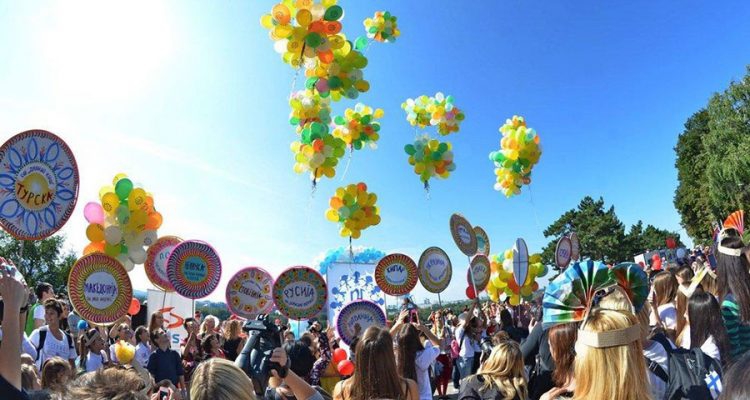 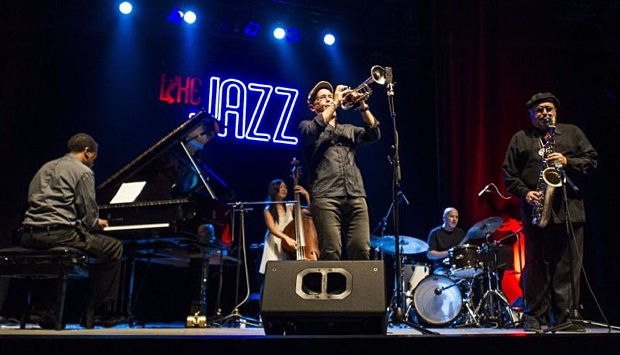 The tourism fair is held in Belgrade every year during February is the largest festival of its type in the country and South East Europe.
Every year, an increasing number of foreign exhibitors participate, with the largest number being over 250 foreign participants from 43 countries. This manifestation is a member of the European Association of Tourism and Trade Fairs of ETTFA, and the World Trade Organization of ITTFA Business Fairs. 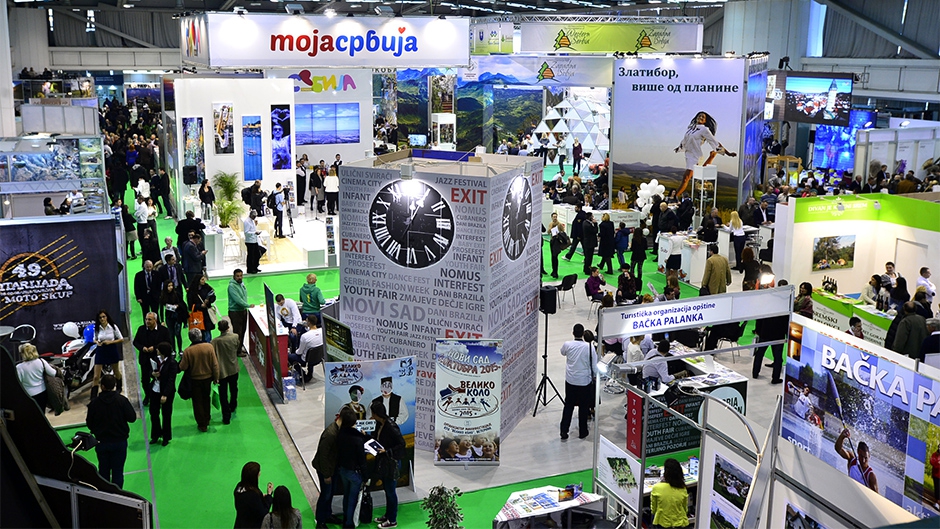 THE NIGHT OF MUSEUMS

A manifestation that takes place annually, in mid-May, on the territory of Belgrade and major cities throughout Serbia, when museums, galleries and other exhibition spaces are presented to the audience in a way that they have not been seen so far. In the course of just one night, besides the regular program, visitors will find unusual and interesting content, concerts, performances, fashion shows and thematic exhibitions, which are otherwise not available in regular settings. 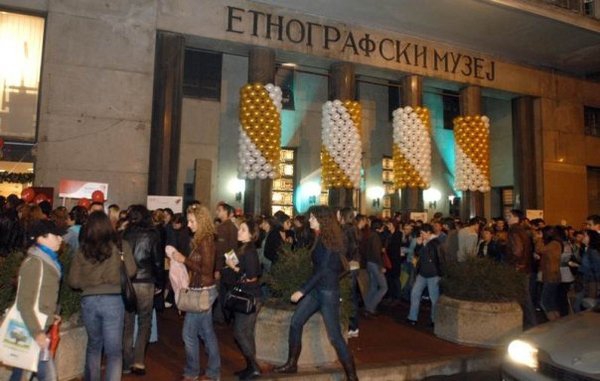 The October Salon is a representative international event in the field of visual arts, founded and sponsored by the City of Belgrade. It was founded in 1960. During its history, the Salon changed the concept and forms of organization, and in 2004 it became international in character and became one of the important reference points for the Serbian and regional art scene.
The aim of the event is to present and affirm the most significant new achievements of domestic and foreign authors in the field of visual arts. The Salon's programs include an exhibition, round tables, workshops, lectures, professional guides, performances, and meetings involving numerous domestic and foreign artists, curators, critics, theorists and art historians, media representatives, art lovers. 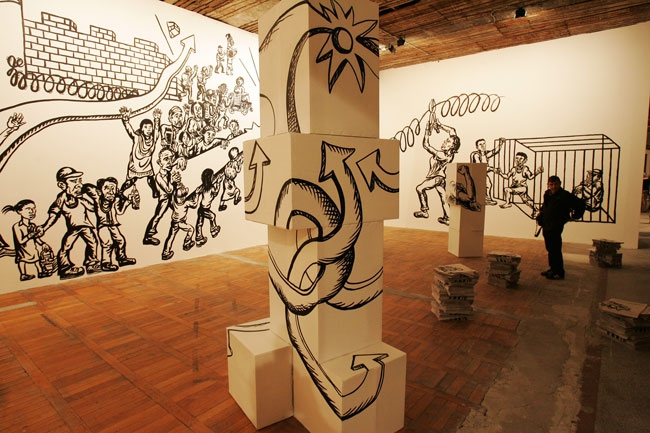 The international manifestation of the publisher and bookstore owners where the publishing production of domestic and foreign publishers between the two Fair is presented, the total publishing production of exhibitors and antique books. The event is held in late October - early November. It is held in the halls of the Belgrade Fair and lasts for a week.
Book Fair is the most recent cultural event in Serbia. 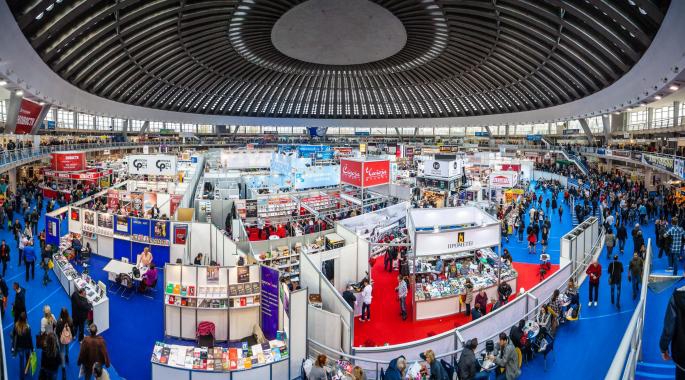 The open heart street is a manifestation that has been taking place since the new year 1988/99 and is attended by many of our actors, singers, street performers. The most familiar practice of this event is the traditional setting that resembles a carnival parade with music and play, and is led by a bunker.
The setting ends in front of Atelier 212, where the main program starts in front of the theater 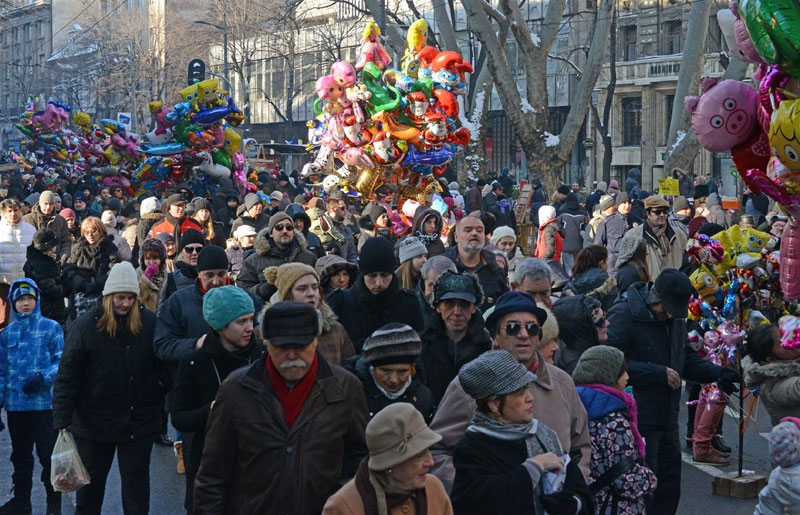 This beautiful hotel originally opened in 1957. and is considered one of the most luxurious hotels in the Balkans, which during its existence hosted numerous cu...

Crowne Plaza is a global chain of luxury hotels for all those who are traveling in order to create new success. It is one of the most prestigious hotels in Belg...

Hotel Moskva was opened in 1908, built in the style of Russian secession. From the half of the 20th century, the hotel was under the protection of the state as...

Square Nine Hotel with 5 stars is located in the center, and in the heart of the old part of Belgrade and it overlooks the Student Square. It offers a spa and w...

Hyatt Regency Belgrade is a five-star luxury hotel, positioned in the heart of New Belgrade. The hotel has 302 comfortable and modern rooms. There are also new...

The floating river club Freestyler is one of the oldest clubs in Belgrade, therefore it has positioned itself as the most visited summer club in our capital. It...

This place, or rather, these places are separate pieces of a puzzle that together make the main unit whose point is: there are several ways to have fun. That's...

Club Ben Akiba is located in the most popular quarter of Belgrade's nightlife during the winter part of the season, at Savamala at Braće Krsmanović street 6....

Tramvaj Pub is located near Vukov spomenik, in Ruzveltova street 2. This place is recognisable by a positive and relaxed atmosphere. Live gigs are characteristi...

In addition to the already successful restaurant in Montenegro, the owner of Ahh Riba decided to please all the lovers of Mediterranean cuisine in Belgrade, by opening a ...

Café Restaurant Voulez-Vous is located in the beautiful part of Neimar, with a phenomenal garden that overlooks the park. The ambiance is decorated with warm c...

The restaurant started working in 2010. and in a short time, it managed to conquer the guests with their authenticity, charm and a unique combination of Florenc...

It is settled between the old Belgrade buildings, hidden from noise, filled with warm and pleasant sounds. The restaurant boasts a unique atmosphere and warmth...

Tavern Tri šešira is located in Skadarska 29, in a unique bohemian quarter. It is one of the oldest restaurants in Belgrade that has largely preserved its aut...

It is located in Mihailo Pupin Boulevard nr 4, in New Belgrade, where the new and old Belgrade is connected. It is the largest shopping mall in Serbia and the r...

Delta City is the first real shopping-mole in Serbia. It was opened on November 1st, 2007, in Block 67 in New Belgrade, in Jurija Gagarina Street 17. In its b...

The biggest and certainly the most famous Belgrade greenmarket, Kalenic, is located in the center of the smallest city municipality of Vracar. Vračar’s green...

This shopping center is located in the heart of Belgrade, in the Knez Mihailova street, the busiest pedestrian zone. In the new 15,300 square meters of space de...

Every now and then, you discover a new place by accident. Natalie Cafee&Bistro is a smart decision for your new accident. At this French ambient place, guests...

Jai Thai is unparalled urban wellness center where guests enjoy superb treatments based on ancient art Thai massage. In an environment of absolute luxury and pr...

The biggest tourist attraction in Serbia is, of course, its capital, Belgrade. As the main and largest city of Serbia, Belgrade abounds in cultural and historic...