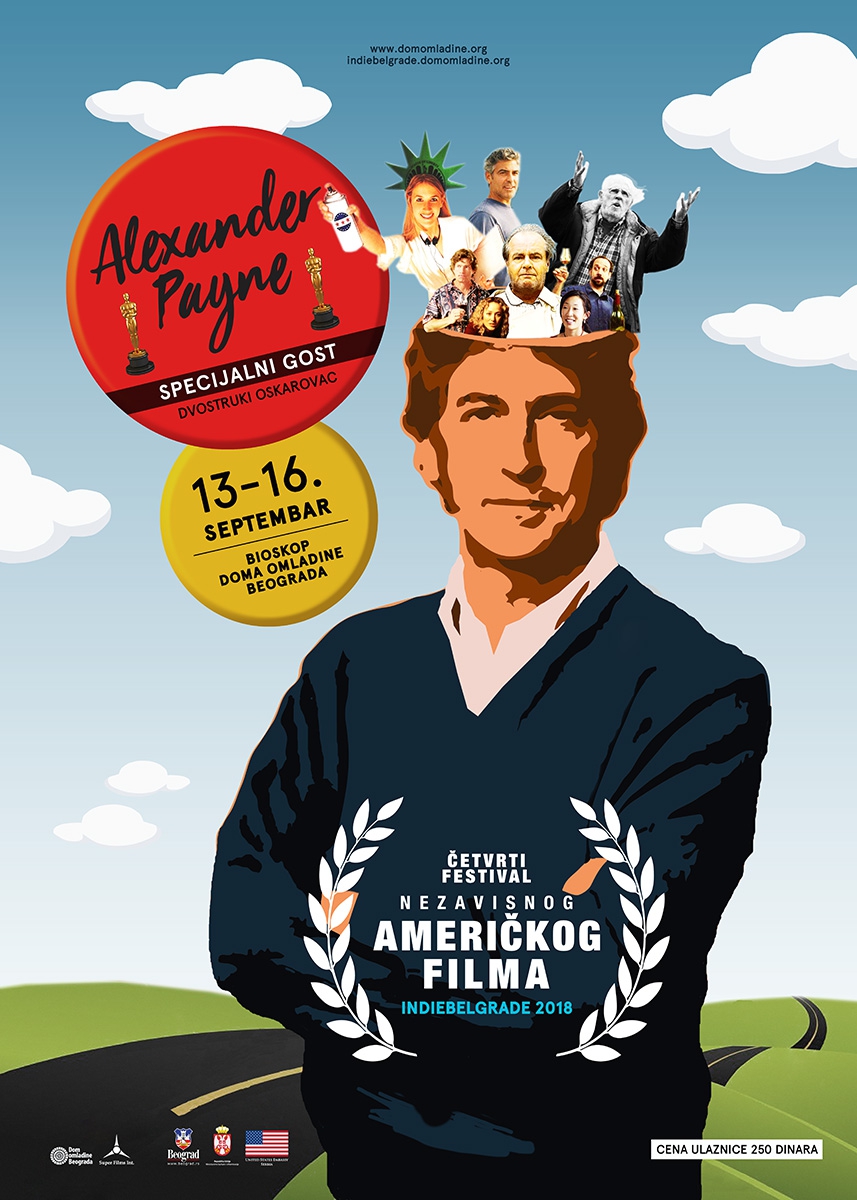 This year, the fourth Festival of independent American cinema will be held from 13 to 16 September in Belgrade Youth Center . Under the slogan 'From independent films to the Oscars' , the audience will offer a rich and, in many ways, a special program.

Primarily because of our special guest - a double Oscar winner, one of the few in Hollywood who is entitled to absolute artistic freedom and the 'final cut' of their films; authors who worked with Jack Nicholson, George Clooney, Matt Damon, Reese Witherspoon, Laura Dern, Burt Reynolds, Tipi Hedren.

Every time you shoot on film, one of his actors to be nominated for an Oscar.

The icon of independent film and author of 'Sideways,' 'Nebraska' Descendants 'and' About Schmidt, ' Alexander Payne ( Alexander Payne ), will receive the award' Indie Icon Award 'for lifetime achievement and talk to curious Belgrade audience on its way from the independent film to the Oscars, on Saturday 15 September at 20:30 hours. Then will follow the projection of his film 'Reduce' ( Downsizing , 2017).

American independent film us every year at its thematic richness and a desire to understand the world today is undergoing change. This year's edition of the festival does not run away from difficult issues and social engagement, and continues to seek answers to the challenges of living in a parallel world of new technologies and social networks. For the  Grand PrixFestival IndieBelgrade 2018 will compete in 6 premieres of films most recent productions of American independent film shown at this year's Venice, then at Sundance, Tribeca, Karlovy Vary, among them the winner of the 2018 Sundance Film Festival.